We Currently Have An Inverted Yield Curve For The US Economy 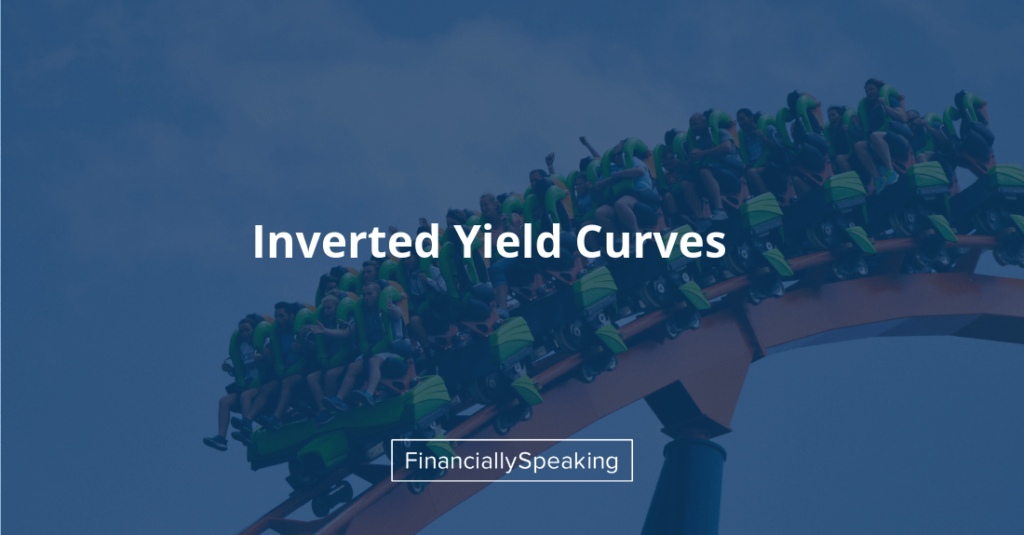 You may have heard that we currently have an inverted yield curve for US Treasury debt or, you may have no idea what I’m talking about. I’ll explain.

It is quite unusual for longer term interest rates to be lower than short term rates. This is also happening with CD rates. At my bank, Ally Bank, the rate for a 1-year CD is the same as the rate for a 3-year CD. You don’t see that very often.

Here a graphical view of the yield curve as of the end of May 2019:

If you’re curious, the US Treasury tracks the numbers here.

Longer term bonds normally have higher interest rates to compensate investors for the risks of locking up their funds for a longer period of time. This is also why bank CD rates are typically higher for longer terms.

If this were not the case, you’d expect bond investors to instead invest in shorter term bonds and continually roll them over to maximize their returns. With an inverted yield curve, bond investors are willing to lock into longer terms at lower rates of return. Why would they do that?

Why would rates invert?

Essentially, the collective wisdom of bond investors is that they expect future short-term interest rates to be lower than today, with a recession possibly on the horizon. With or without a recession, they expect weaker economic growth in the coming years.

During a recession, the Federal Reserve Bank typically lowers short term interest rates to jump-start the economy into faster growth. Thus, lower long-term rates (the inverted yield curve) reflects the consensus view that future short-term rates will be lower than they are today.

Is it just in the US?

Right now, this is mostly a US phenomenon as Germany, Japan, and the UK all have increasing yield curves. Partly, this is because short-term rates are much lower in these countries, with Germany and Japan still experiencing negative interest rates (!) and the UK in its own special version of Brexit hell.

What should you do about it?

Nothing. If you’re curious about macroeconomics, these are interesting times but I would not act on this information in terms of shifting your investment strategy.

It is a fool’s errand to try and time the stock market because you believe you have insight into how the future will unfold. You’d have to be right twice — once when you shifted out and then a second time when you decided to shift back in. Good luck with that.

However, don’t be surprised if there is a recession on the horizon — an inverted yield curve has been a good predictor in the past.

If you want to know more about how bonds work, I previously wrote about the A, B, C’s of bonds.

Update: The NY Times also weighs in on what the bond market is saying and the inverted yield curve.