A Beginner’s Guide To Understanding Bonds 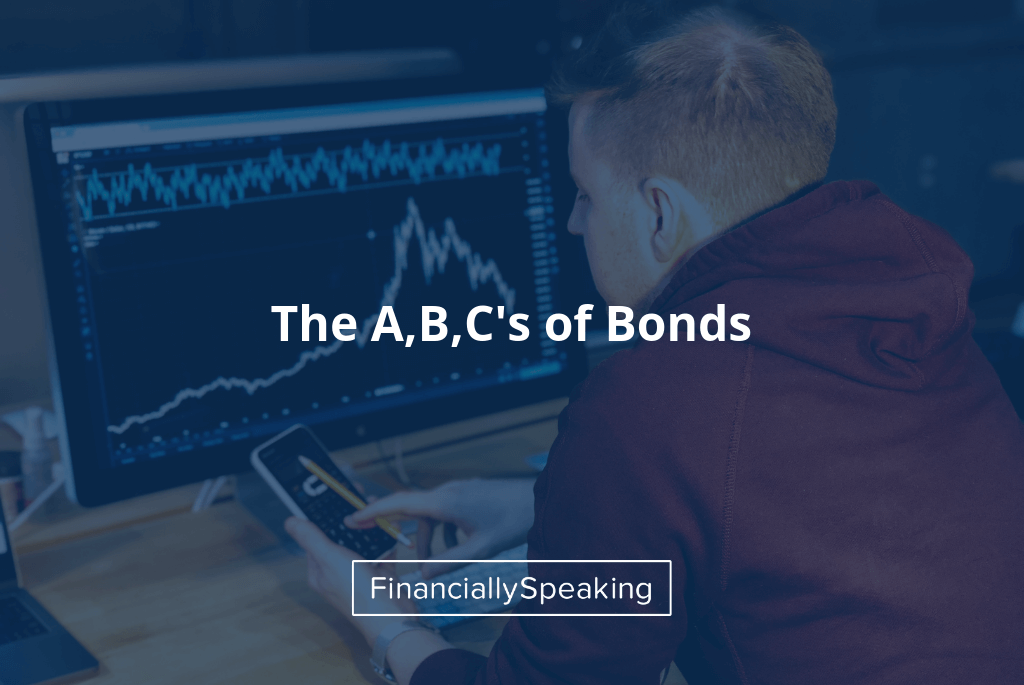 You may have some sense of what a bond is, but lack the specifics; if so, this note is for you. We’ll cover the long and short of bonds.

A bond is a contract between a borrower (aka “issuer”) and a lender (aka “investor”) in which the borrower agrees to repay the funds in a structured manner. Typically, the borrower makes semi-annual interest payments and then repays the principal in full at the end of the term of the bond.

The interest rate is determined by the interplay of the term of the bond, the riskiness of the issuer, the tax-ability of the interest payments, and whether there are any secured assets as collateral. Bonds are typically issued by:

These are bonds where the issuer (i.e., the borrower) has a poor credit rating and there is a significant risk of default. In more polite company, they are known as “high yield” bonds. As you might expect, investors in these bonds are compensated with higher interest rates because there’s a higher likelihood that they may not receive all the future bond payments or full return of the principal that have been promised.

Are they a good investment? They can be if the higher risk has been properly compensated with higher expected returns. They also offer good diversification with other investment assets but remember, they’re called “junk” bonds for a reason.

What are other types of bonds?

That’s the stuff of Phd dissertations. Here’s a simple version:

How safe are bonds?

The interest and principal repayment of a bond is contractually guaranteed and if not paid in full and on time, a legal claim will be initiated by the creditors.

In one notorious example, an American hedge fund tried to seize an Argentine naval vessel docked in a Ghanaian port to compensate them for defaulted Argentine government bonds that they owned. This is when, in a twisted sense, bonds do have more fun.

Besides Argentina, other examples of troubled bonds that have been in the news include: Greece, Puerto Rico, Detroit, Toys R Us, and Sears. Look for many more bankruptcies in the months ahead as the economy is ravaged by COVID-19.

Bonds offer lower returns than stocks. Over the past 100 years or so, stocks averaged 9% annual returns and long-term bonds averaged 6% returns. Inflation and short-term bonds each averaged about 3%.

Bonds also offer less risk — when they decline in value, their dips are typically smaller than with stocks.

How do you buy/invest in them?

Investors can buy individual bonds but it’s not a good idea. Transaction costs can be significant and the choices can be overwhelming. There also may not be a lot of liquidity if you need to sell them. Instead, invest through a mutual fund and leave the trading to the pros.

If you want to follow just one bond to get a sense of interest rates, use the 10-year US Treasury bond:

Why do bond rates vary so much across industrialized countries and why does any rational person invest in government bonds when they offer a negative yield? Those are mysteries for another day.

Achieve Your Best Financial Self

Is this a good time to invest in the stock market?