AGI, MAGI, And You 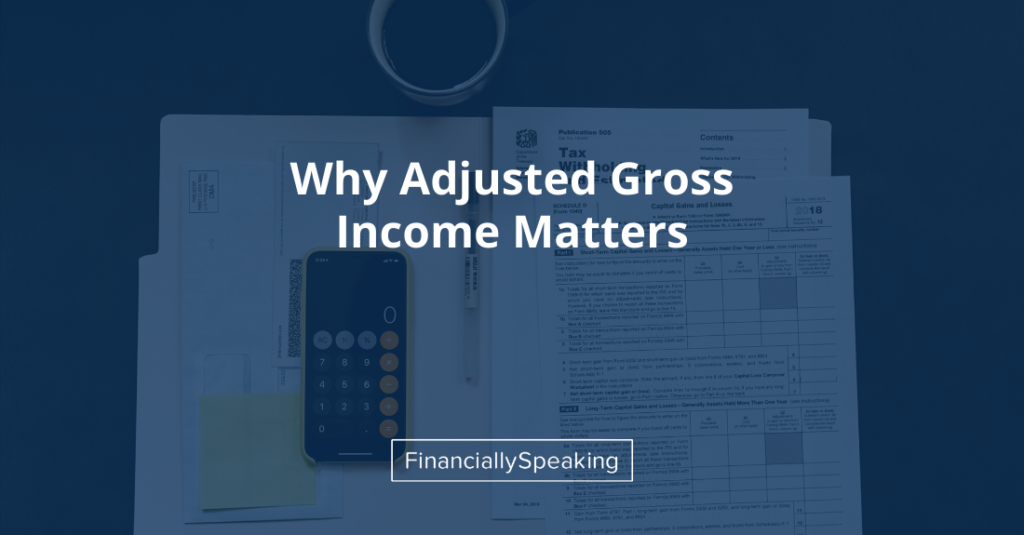 Adjusted gross income (AGI) is an important number to understand on your tax return. Why? Your eligibility, cost, or subsidy for many programs is determined by it.

You get the idea. Nearly everyone — young adult or old, high income or low — can be affected so it pays to understand how AGI is calculated and the levers you have to minimize it.

How is AGI calculated?

The easiest way to understand the IRS’s logic and semantics is to just accept it; if you try to fit it into conventional norms, you’ll go mad.

Here’s a simple explanation for AGI:

How can you reduce your AGI?

With smart planning and some lead time, you can influence how your AGI may ebb and flow in different years. Here are some ways to reduce your AGI or shift the timing:

And then there’s something called MAGI.

MAGI, as you may infer, is a modification of AGI. Some adjustments are added back to potentially arrive at a higher amount. I lied slightly when I said all of those programs are based on AGI — many of them are pegged to MAGI (which is based on AGI). However, different programs calculate MAGI differently so there is no singular definition of it. Unlike AGI, there is no line item on your tax return for MAGI.

For example, in some MAGI flavors, IRA contributions and/or tax-exempt interest income are added back. So, those two suggestions won’t always reduce your MAGI. Just note that MAGI is derived from AGI and it’s possible that some of the ways to reduce AGI may be added back if MAGI is being used. Confusing? Of course it is.

So when you’re trying to minimize your AGI for any reason, carefully understand which measure of AGI or MAGI is being used and be smart about the timing of whatever you do.

Achieve Your Best Financial Self

Is this a good time to invest in the stock market?